Nigerian Music legend, Eedris Abdulkareem has condemned Governor Babajide Sanwo-Olu over his invitation for a peace walk in Lagos State.

Sanwo-Olu, in a speech on Tuesday on the Lekki shootings of October 20, 2020, said he will be leading a Walk for Peace in December to herald the “healing of our land”.

“Let me use this occasion to extend an open invitation to our youths, members of the diplomatic corps, civil society groups, students, and the media as well as other stakeholders to join me,” he said.

Falz and Mr Macaroni have since rejected the invitation as they demanded justice of those allegedly killed during the EndSARS protest before peace can be restored.

Eedris, taking to his Instagram page described the invitation for the walk of peace as being dead on arrival.

According to him, no amount of walking can get Nigeria to the destination of peace without the route of justice.

His post read, “Dead On Arrival; No amount of walking can get us to the destination of peace without taking the honourable route of justice.

“Sanwo-Olu your walk of peace is dead on arrival.” 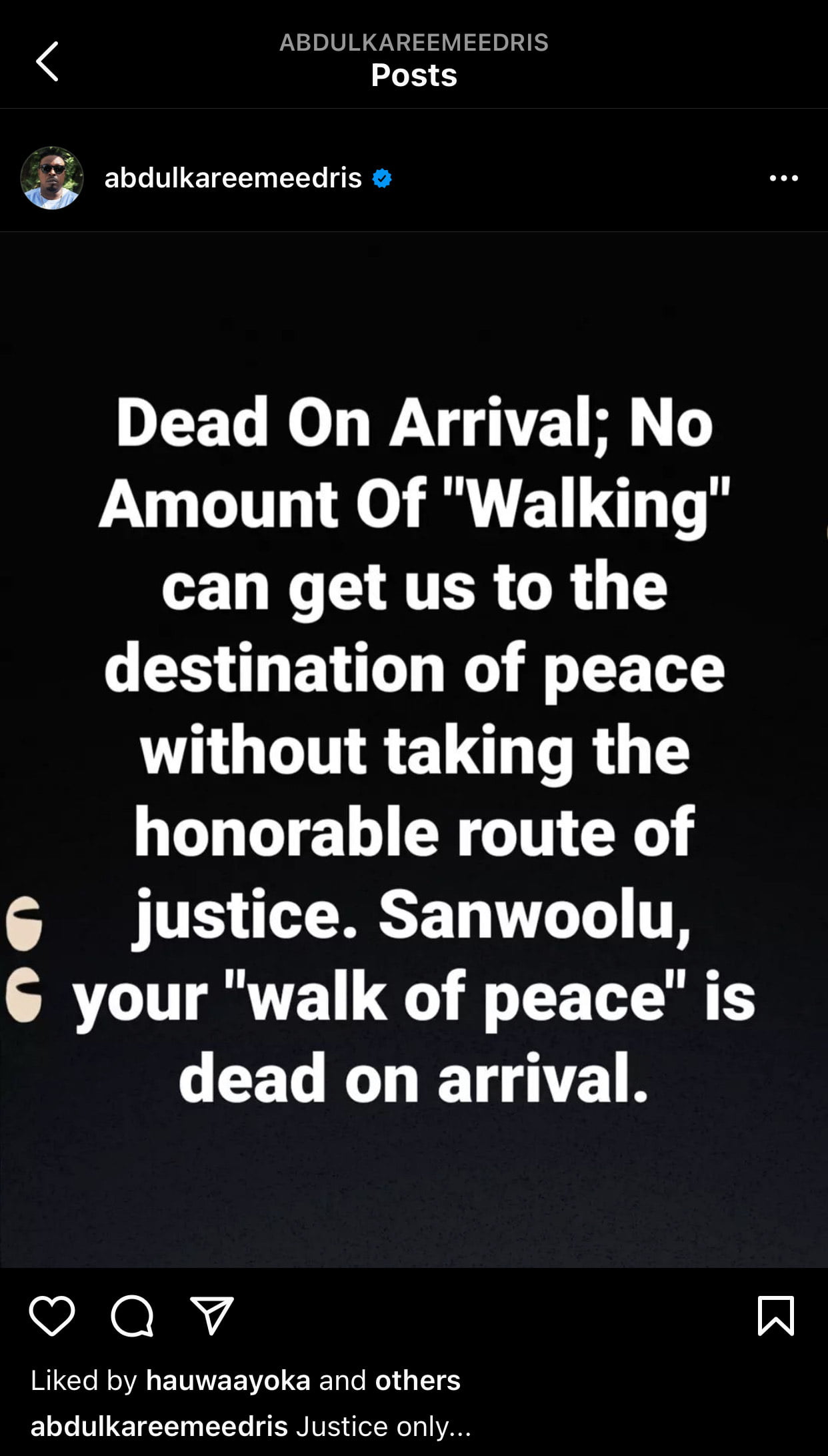 EndSARS: No peace without justice – Eedris Abdulkareem to Sanwo-Olu