The group Styl-Plus (originally STYL) is a Nigerian R&B and pop musical group / quartet. The founding members were Shifi Emoefe, Tunde Akinsanmi, Yemi Akinwonmi, and Lanre Faneyi, the name STYL being an abbreviation of the founders' first names.
In 1998 Lanre Faneyi died, and Zeal Onyecheme joined the group. This led to the group being renamed Styl-Plus, the "Plus" denoting the new addition to the group.

In 2002 Yemi Akinwonmi left the group unofficially and the musical band became a trio without adding a new member. Starting 2003, the group officially had its own record label, STYL-PLUS. On Thursday November 15, 2018, it was reported that Tunde Akinsanmi left the group in 2012 and adopted a new stage name "Tunde Tdot", leaving Shifi and Zeal who currently act as the flag bearers of the group.

STYL was formed in 1997 in Akure, Nigeria and made up of four members. In 2001, the group sang mainly pop and love songs. In 1999, after Lanre Faneyi's death, and the addition of Zeal Onyecheme, the name of the group was changed to Styl-Plus. In 2002 Yemi Akinwonmi left the group to pursue another career.

All The members of the group attended the Federal University of Technology in Akure.

Styl-Plus has been dubbed Africa's "Boys II Men" due to their ability to deliver heartfelt emotional ballads.[4] The successful group of talented artists with their vocal harmonies, catchy tunes, melodies, R&B style, combined with meaningful and storytelling lyrics are a union between English and their native tongue Yoruba, spoken in Nigeria. 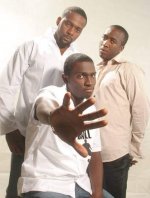 How to listen to jehovah witnesses radio channel, broadcasting in igbo, yoruba and 5 other...

N
Discover how to incorporate your business in the usa, get the ebook here