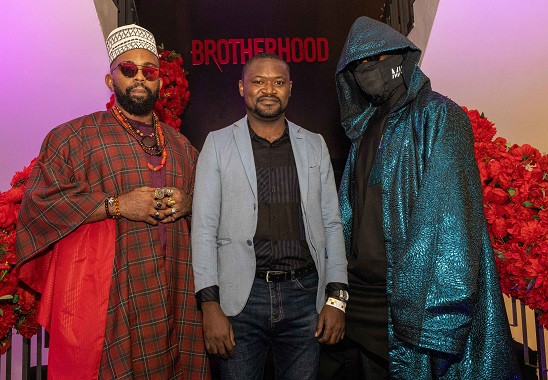 From Left: Ebisan Arayi, Nollywood Actor; with Olumide Aruleba, Head- Marketing; Rite Foods Limited; and Seyi Awolowo, Actor, Brotherhood Movie; at the Brotherhood Movie premiere, held at the Jewel Aeida, Lekki, in Lagos, on Friday, 16 September, 2022. The award-winning Fearless drink brand from the stable of Rite Foods Limited, a Truly World-Class company and market leader in Nigeria's foods and beverages industry, has sponsored the Brotherhood blockbuster movie for the movie lovers in the country.The Brotherhood blockbuster which is based on twin brothers being on opposite sides of the law, the police force, and a notorious gang of robbers, boasts of a first-rate cast including Folarin Falana known by his stage name Falz, Tobi Bakre, Zubby Michael, Bright 'Basketmouth' Okpocha, Toni Tones, OC Ukeje, Sam Dede, Ronke Oshodi, Omawunmi Jidekene Achufusi, Debo Adedayo popularly known as Mr. Macaroni with BBNaija stars Boma Akpore, Diane Russet, Dorathy Bachor and Seyi Awolowo.It was produced by Jade Osiberu, the founder of Greoh Studios in charge of the film production, alongside Abdul Tijani-Ahmed, and directed by the Ugandan filmmaker, Loukman Ali. With such a laudable story line, the movie premiered in Lagos on Friday, 16 September, 2022, at the Jewel Aeida, Lekki with a show for fun seekers at the Teslim Balogun Stadium, Surulere, Lagos, on Sunday, 18th September 2022. 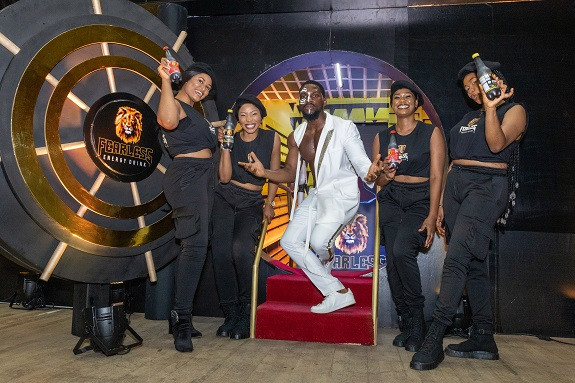 Tobi Bakre, Actor in the Brotherhood Movie; with Fearless energy drink hosts, at the Brotherhood Movie show for movie lovers after the premiere on Friday, at the Teslim Balogun Stadium, in Surulere, Lagos, on Sunday, 18 September, 2022 Simultaneously, the movie will debut on September 23, 2022, across African countries including Nigeria, Benin Republic, Burkina Faso, Togo, Niger Republic, Senegal, Congo, Rwanda, Gabon, Guinea, and Madagascar, with plans for an appearance in Cote d'Ivoire (Ivory Coast).To usher the release of the movie, the glamorous premiere event was filled with excitement and fun, with the cast chicly dressed in various outfits that depicts their dramatic roles as megastars in the entertainment industry and befitting of the event theme. It was also an evening of captivating moments, which saw spectators commending the sponsor, Fearless Energy drink, for its support for the movie industry in the country.At the end of the show, the screen idols and the viewers affirmed that the movie fits the bill of a modern creative storyline and quality production with the display of exceptional skills. 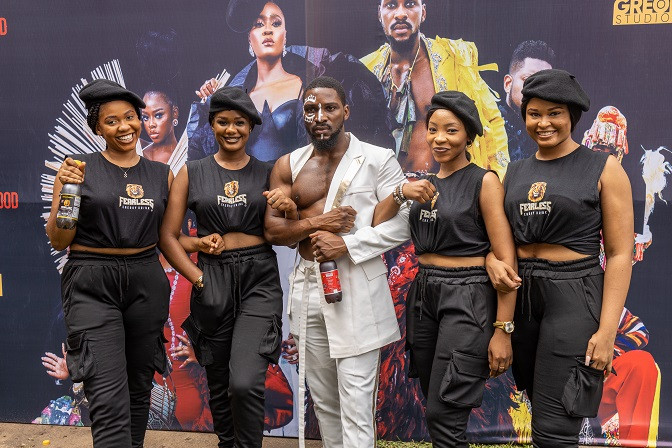 Tobi Bakre, Actor in the Brotherhood Movie; with Fearless energy drink hosts, at the Brotherhood Movie show for movie lovers after the premiere on Friday, at the Teslim Balogun Stadium, in Surulere, Lagos, on Sunday, 18 September, 2022. Eulogising Fearless Energy drink for the support, the Movie Producer, Osiberu, said the premium brand has helped in bringing what obtains in real life to theatrical performance, thus enlightening the populace of the consequences of criminal practices and how it impacts society, with much caution for self-discipline. 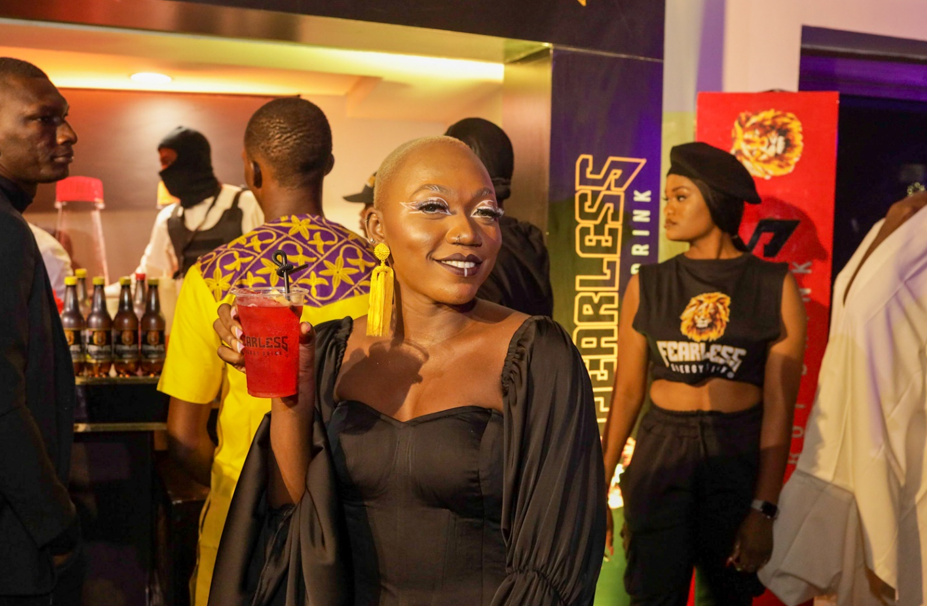 She further applauded the effort of the award-winning Fearless Energy drink brand for promoting the good cause of the movie industry and also for taking it to an enviable height.Speaking on the sponsorship, Rite Foods' Head; Marketing Olumide Aruleba, remarked that the company, through the Fearless product, is committed to the promotion of Nigerian talents in entertainment, special skills, ideapreneurship, and cultural values for national development.As a market leader in the energy drink segment, Fearless energy drink has in the past connected with its consumers in various spheres, especially in the entertainment sector, having blazed the trail with its inventiveness.The brand consists of the Fearless Classic and Fearless Red Berry variants was introduced into the Nigerian energy drink market in 2017 and has set the pace for others in its segment, with the first-ever packaged polyethylene terephthalate (PET) bottle brands.It has been spearheading laudable initiatives that have propelled growth in the entertainment sector and made talented young artists become megastars, a reason that prompted the sponsorship of the Max Live show held in May 2021, for budding artistes. 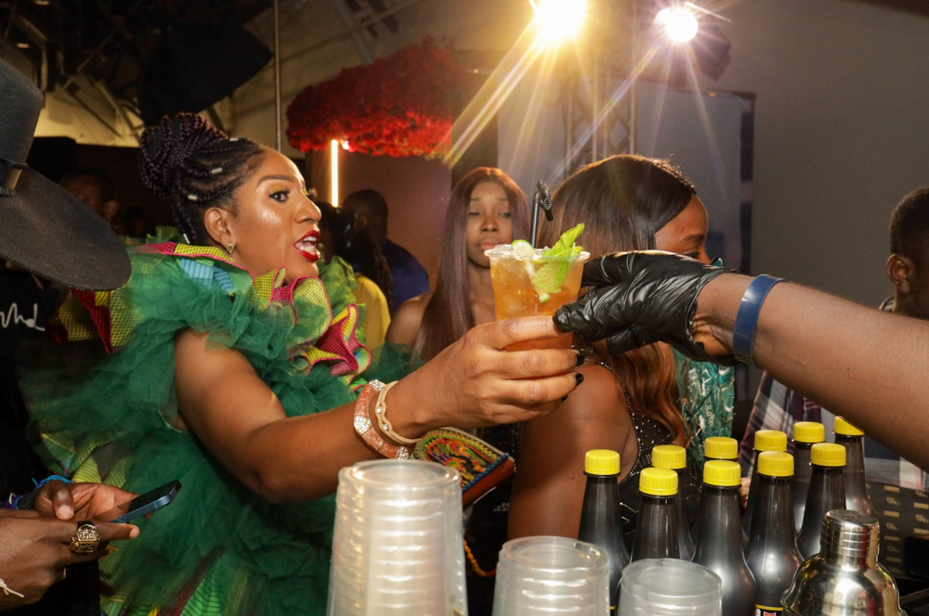 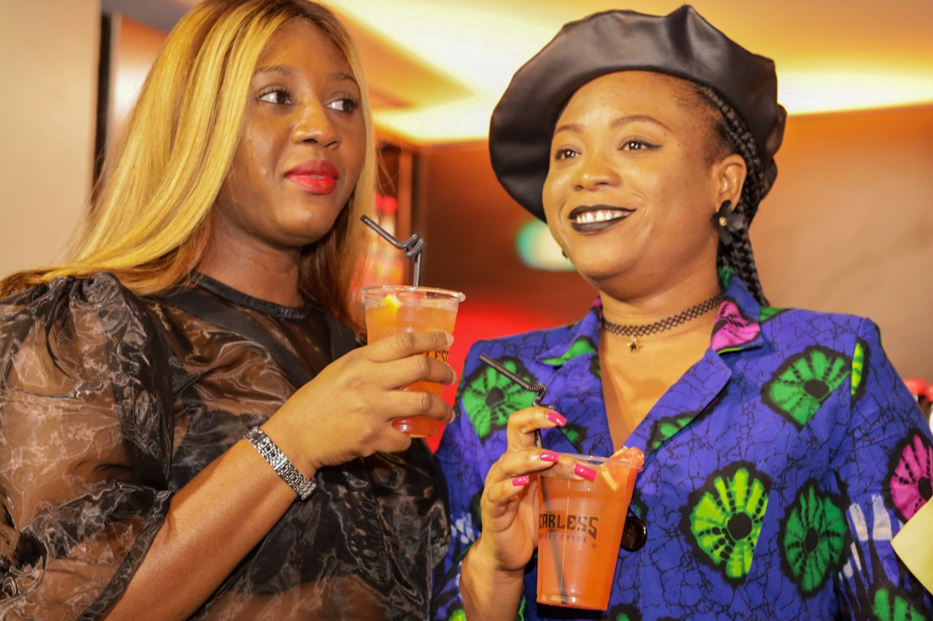 The rest consists of Rite Spicy, Bigi Beef, and Rite Sausages, as well as the Bigi Premium Table Water, produced with global best practices in purification. MORE PHOTOS FROM PREMIERE 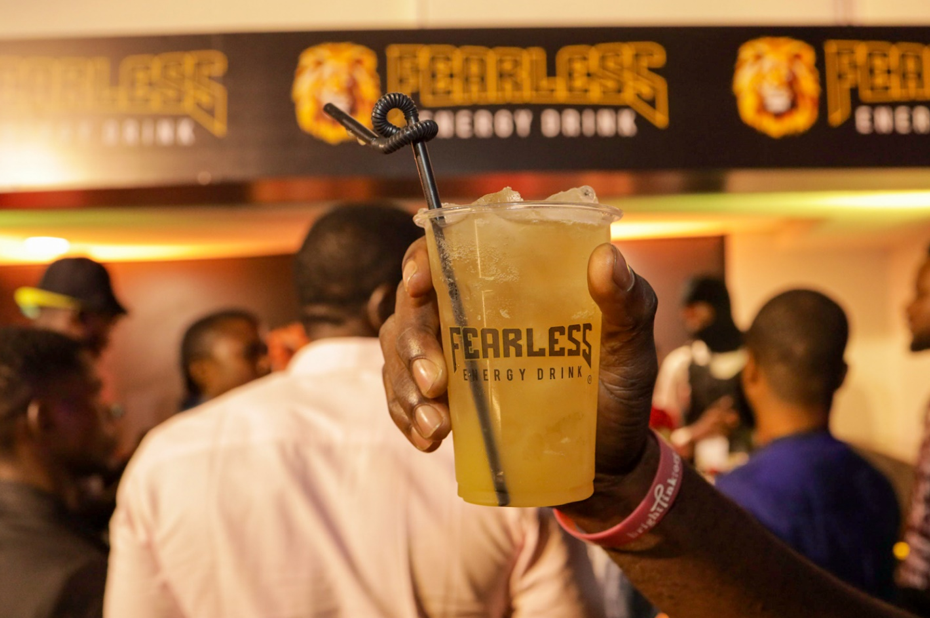 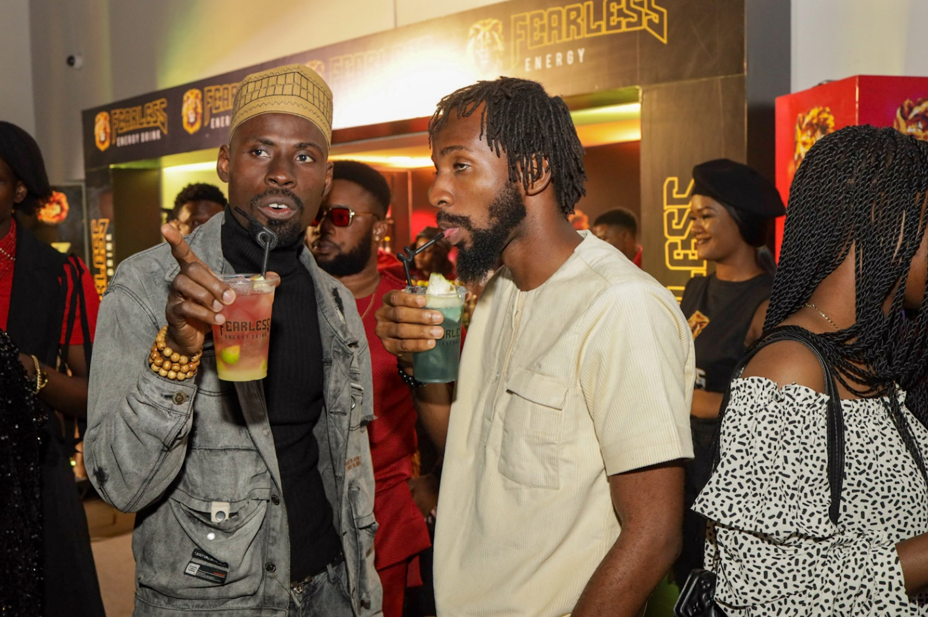 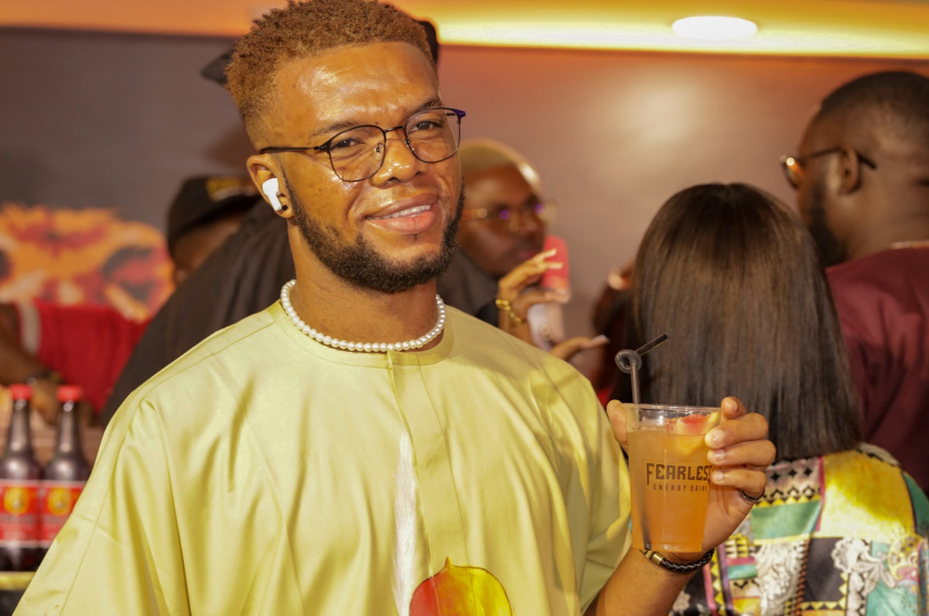 First US transgender Army major and doctor wife charged with spying for Russia to help in war...

Lyrics of Rush by Ayra Starr