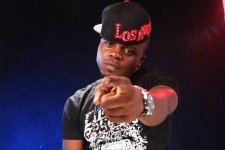 Da Grin remains one of the Nigerian rappers who revolutionized the Nigerian rap industry. His music portrayed a cultural significance that infused English with his native dialect and Nigerian pidgin.

He depicted a thug life synonymous with street rappers, and he was unabashed about his bad-boy ways.

In honor of the music icon, a film of his life titled Ghetto Dreamz, starring Trybson Dudukoko, and Doris Simeon-Ademinokan as his girlfriend was made and released in April 2011. The movie title was inspired by a track off his “CEO” album titled “Ghetto Dreams.”

The movie, a creation of movie director, Lancelot Imasuen, and Sringomania Entertainment, chronicles the growing years of Da Grin, his struggles, his rise to fame, and his death.

In the very short time he spent in the industry, Da Grin released one of the most critically-acclaimed albums titled “C.E.O. (Chief Executive Omota English: Chief Executive Gangster)” which won the Hip hop World Award 2010 for a best rap album.

Da Grin played a pivotal role in what has been widely accepted as mainstream street hip hop today. His style of music made him a cultural icon even after his passing and a point of reference in major music-related discussions.

His songs touch upon ethnicity, pride while surviving the streets of Lagos and a hint of criticism elderly people hurl against bad behaviour. Da Grin was the mouth-piece of the streets. His music mirrored the struggle of the average Lagos ghetto hustler trying to survive in a world of inequality. His song Ghetto Dream laid emphasis on his dreams, hopes, and aspirations.

His legacy is evident in the type of music that sprung after his passing, and the number of artists that picked up the baton from where he left off. A perfect example is a road he paved for artists like Olamide, Zlatan, Naira Marley, among others, to find their path in an industry that was still at its teething stage.

The industry had seen indigenous rappers who fused English (pidgin) and Yoruba, but no one made it as sonically appealing as Da Grin did. Some of his hottest award-winning singles Pon Pon Pon, and Kondo, remodeled how music was recognissd. He was able to bridge the gap between core hip hop and pop music.

In 2009, Da Grin was a guest at DJ Jimmy Jatt’s Jump Off, which was a platform that created exposure for rappers. His appearance on that episode was so impressive that it became evident that this young Lagos rapper was going to be a force to be reckoned with among his contemporaries. It is argued until this day that some of the Yoruba indigenous rappers we have today would not have been this relevant if Da Grin had lived longer than he did. 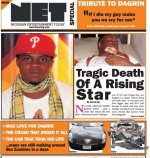 Did Da Grin Have a Premonition of His death?


April 2010 was a dark time for music lovers and Da Grin fans as his death made major headlines on blogs and other platforms. He was involved in a ghastly auto accident and was receiving treatment for injuries sustained at the Lagos University Teaching Hospital, LUTH.

Da Grin was officially pronounced dead by the doctors at about 8:30 p.m. local time at LUTH.

Before his death, Da Grin released a song titled “If I Die,” which sounded like a prophecy or a premonition of his death. The song was almost too accurate to be a coincidence and it remains a mysterious question to date. Did he know he was going to die? The lyrics of the song felt like he was sending cryptic messages of what was to come. This remains a question we will never get answers to.

Whatever the case may be, the industry will never forget a pioneer in mainstream hip hop, an icon whose legacy paved the way for others to follow. Da Grin, gone but not forgotten. 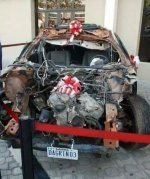 Fans, music lovers have been pouring tributes in remembrance of the late rapper.

See some of the tributes below.

Nigerian music industry was thrown into mourning following the announcement of the death of one of the most promising rappers the industry had seen.

I was never informed of wrongdoing before Bauchi Emirate Council â Former Speaker, Yakubu Dogara reacts to being stripped of his traditional title