Bobrisky is a Gay and not attracted to women - Former P.A.

In a new post, the former P.A. took to his IG to reveal more secrets about the popular Crossdresser.

In the post, the P.A. revealed that Bobrisky is a Gay and not attracted to women.

She claimed that Bobrisky has been having sex in Raddisson blu hotel for three good days.

She also revealed that anytime Bobrisky wants to get f**ked, he'll give him money to go to the reception and pay for an hotel room where he'll stay. 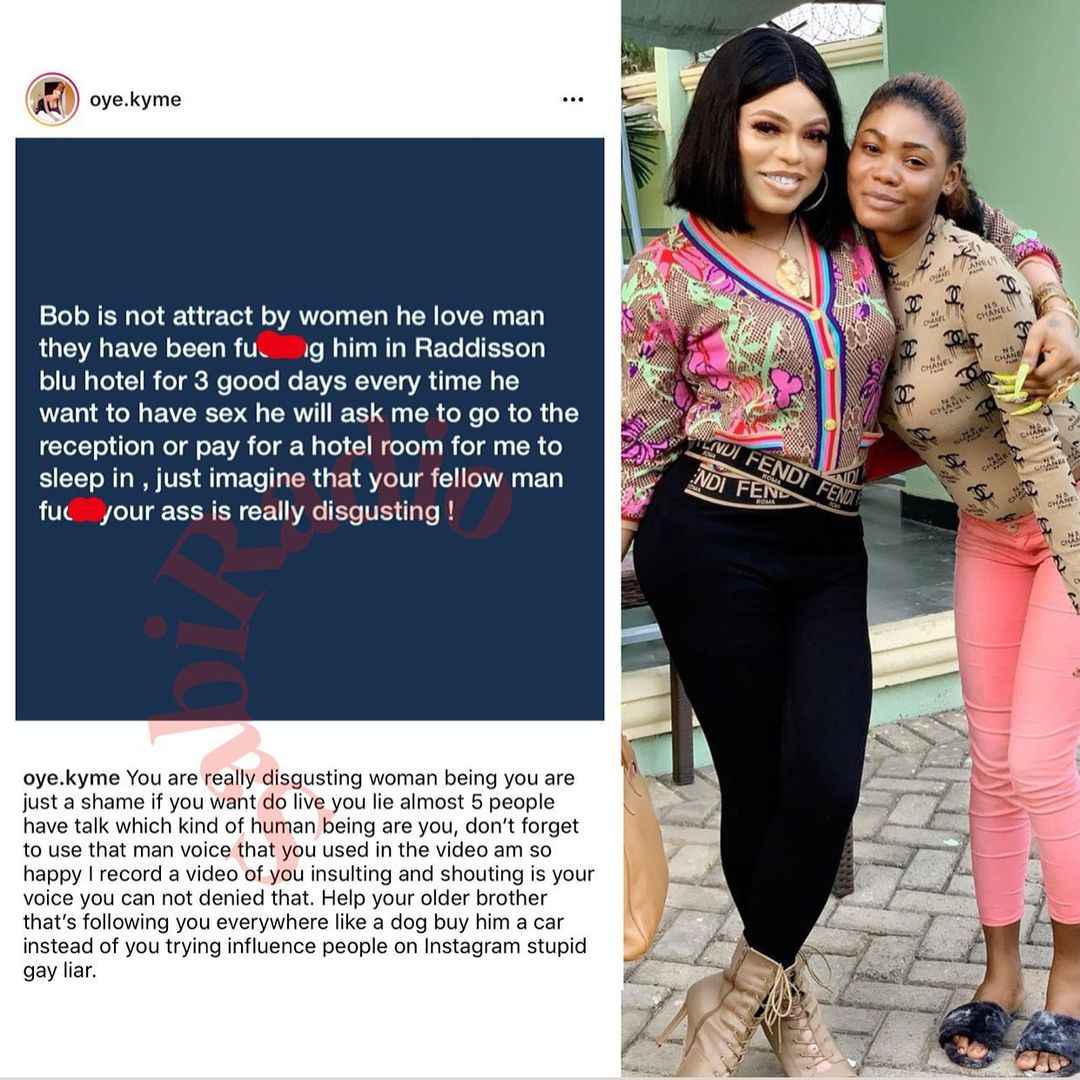