Casey Stoney has stepped down as Manchester United women’s manager. 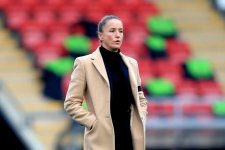 Stoney led United to promotion in their first season and has secured top four finishes in the last two seasons.

“It has been an honour to lead the women’s team at this great club and this has been an incredibly tough decision.