A suspected chicken thief was pictured crying in a police station after he was allegedly caught red-handed stealing from a chicken farm.

The owner of the chicken farm said they lost over 250 birds within a month and didn't understand what was happening. Until a co-worker gave information that led them to believe a staff named Bamidele had been sneaking into the chicken coop at night.

The farm owner said he set a trap and Bamidele was caught red-handed and handed over to the police. 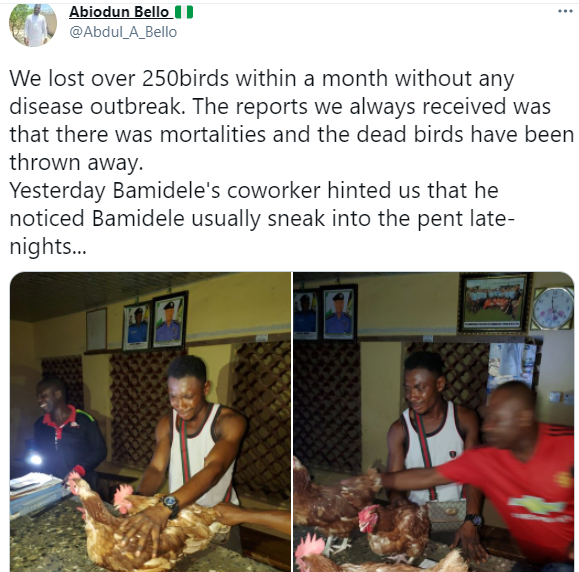 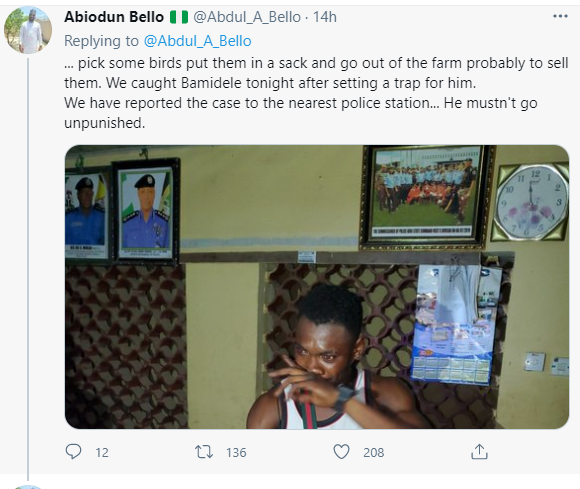 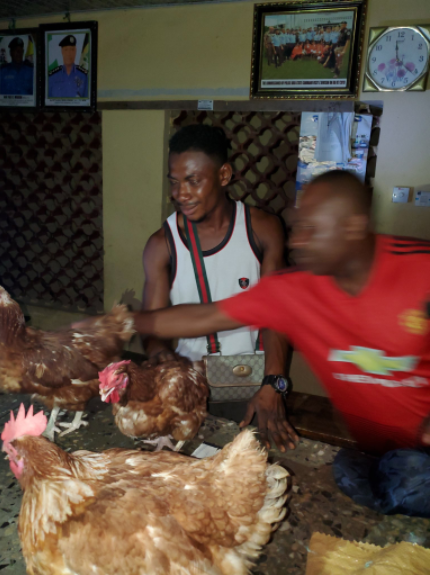 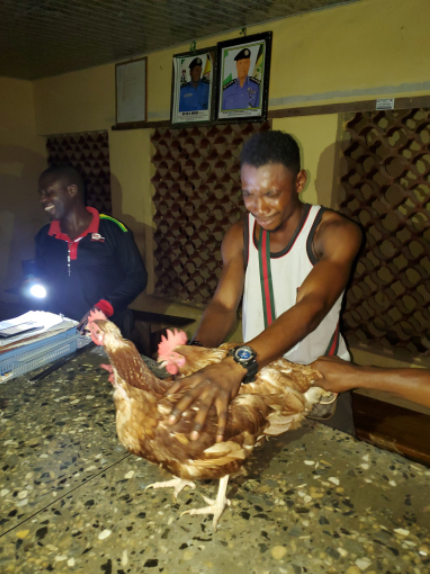 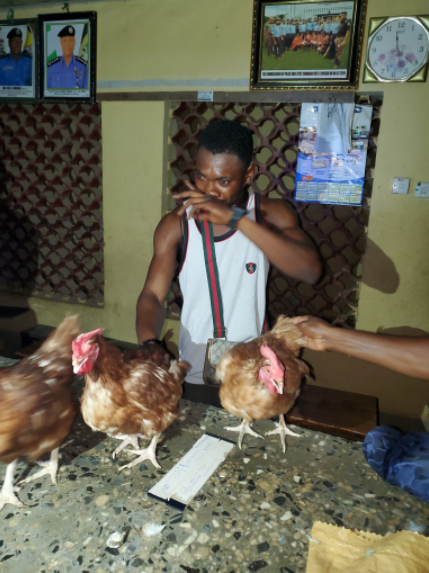 This one off me ooo