Ebuka vs Frank Edoho, Who should be better host for Big brother naija 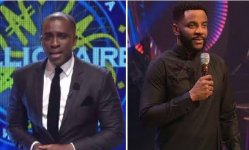 As the sixth season of the Big Brother Naija show returns, fans of the popular television reality programme are currently slugging it out on social media over who to host the show later in the year.
While some fans want an alumnus of the Big Brother Naija maiden edition in 2006, Ebuka Obi-Uchendu, to retain his seat as the host of the show, other devotees of the programme desire a fresh wine in the person of Frank Edoho, who was host of popular Nigerian TV show, ‘Who wants to be a Millionaire’.
BBNaija, which makes a return for a sixth season later this year, has already topped previous seasons as MultiChoice Nigeria announced a grand prize of N90m.

BBNaija hopefuls, who are 21 years or older and of Nigerian nationality with valid passports, will get an early audition when they pay for the DStv Premium, Compact Plus, Compact, Confam, Yanga package or on GOtv Max or Jolli package between March 24 and March 31, 2021, MultiChoice said.
The #BBNaijaEarlyAccess online auditions will also require interested participants to make a two-minute video stating why they should be picked to be housemates, the company added.
But prior to the auditions, lovers of Edoho and Ebuka, on Friday, clashed on social media, calling on the organisers of the event to bring their man in as host for the 2021 show.

A tweep, @iamkelgrin, seemed to have ignited a social media war when the user wrote, “Ebuka don eat small, make him allow another person chop! Frank Edoho as BBNaija host for this season won’t be a bad choice though. Eviction night go choke gan!”
A barrage of criticisms and divergent views thus followed the tweet with Edoho urging fans to let Ebuka remain as the presenter of the show.
Edoho, who replied to @iamkelgrin’s tweet, wrote, “What did Ebuka do to deserve all this? Why would you want to change someone that has done a show successfully for only 3 years and have him replaced with one who did WWTBAM for 13 years? Leave Ebuka alone! Please.”
A tweep, @UncleMaazi, also wondered, “The sudden hate on Ebuka is what I don’t get!”

“If Ebuka stops hosting BBN, I don’t think the show would ever remain the same anymore,” @Preciouschee submitted.
@Chines_zoe sent “thunder to fire” those who want the fashionable Ebuka replaced while @OluSaltz said Edoho was right but “deep down I prefer you over Ebuka due to your suspense.”

“We are not saying he (Ebuka) did something wrong. All we are saying is we just want to get another flair. Ebuka is good no doubt,” @chykeobrain stated.
@Daddy_Nomso, however, agreed with the ex-presenter of ‘Who wants to be a Millionaire’, saying, “ Frank worked for 13 years without being replaced and we still miss him on our screens, why would anyone want to replace Ebuka who is doing a good job and is just three years into it? Allow him enjoy his reign for as long as it lasts.”

Ebuka anyway, he is an alumni and a good host

What is NFT all about

Aisha Buhari invites all presidential aspirants to an Iftar dinner on Saturday, April 23, 2022