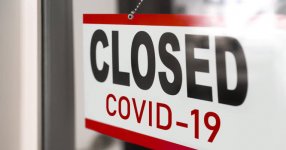 The Federal Government has announced another phase of nationwide COVID-19 curfew to curtail further spread of the disease.

The National Incident Manager, Mukhtar Mohammed, made this known during the Presidential briefing in Abuja on Monday.

Mohammed said the curfew would take effect from midnight on Monday, 12am to 4am.

He also said with effect from Tuesday, night clubs, gyms and others would remain closed till further notice.

Mohammed further noted that gatherings of religious groups and weddings have been reduced to 50 percent attendance.

conferences should continue to hold virtually, ” he said.
Get Help For Your Android Apps on Androidappforum.com