"France was in denial, Germany wanted a quick Russian Win'' - Boris Johnson slams European countries for their attitude towards Ukraine before Russia' 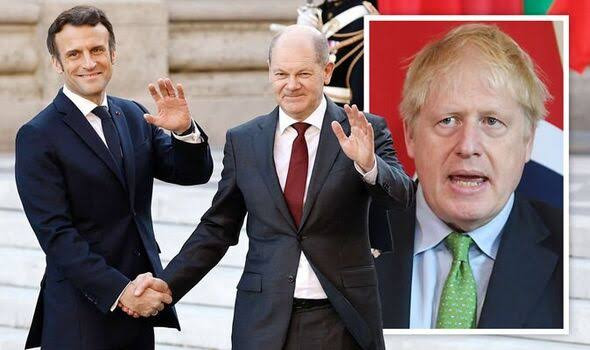 Former UK Prime Minister, Boris Johnson has claimed France was “in denial” about the prospect of a Russian invasion of Ukraine, while accusing the German government of initially favoring a quick Ukrainian military defeat over a long conflict. In comments that are unlikely to be welcomed in European capitals, Johnson said that the attitudes of Western nations varied widely before Moscow launched its all-out invasion of Ukraine on February 24, singling out three leading EU countries He said countries didn't want to support Ukraine before the invasion unlike now.Speaking to Richard Quest on CNN Portugal , he said;“This thing was a huge shock … we could see the Russian battalion tactical groups amassing, but different countries had very different perspectives,” “The German view was at one stage that if it were going to happen, which would be a disaster, then it would be better for the whole thing to be over quickly, and for Ukraine to fold,” Johnson claimed, citing “all sorts of sound economic reasons” for that approach.“I couldn’t support that, I thought that was a disastrous way of looking at it. But I can understand why they thought and felt as they did,” Johnson went on. Before the war Germany was heavily dependent on Russian gas, but since the invasion the nation has rapidly sought to reduce its reliance on Russian energy .“Be in no doubt that the French were in denial right up until the last moment,” Johnson also said. 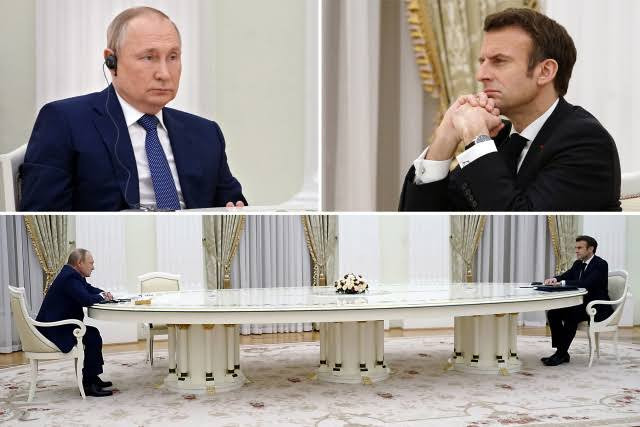 French President Emmanuel Macron was the face of Europe’s efforts to dissuade Vladimir Putin from invading Ukraine, visiting him in the Kremlin just weeks before the Russian leader ordered his troops into the country. In March, the chief of French military intelligence, Gen. Eric Vidaud, was told to step down from his post partly for “failing to anticipate” the Russian invasion of Ukraine. Johnson said Macron never expected Russia to invade.Johnson also criticized Italy’s initial response to the threat of an invasion. He told Quest that Mario Draghi, the then Prime minister – was “at one stage simply saying that they would be unable to support the position we were taking,” given their “massive” reliance on Russian hydrocarbons. Many military and war observers initially believed a Russian invasion of Ukraine would be completed within weeks or days, but Kyiv’s forces instead repelled Moscow’s initial lunge towards the capital and have more recently conducted successful counter-offensives to regain ground in the east and south of the country.Johnson said that once Russia launched its invasion in February, attitudes across Europe changed quickly.“What happened was everybody – Germans, French, Italians, everybody, (US President) Joe Biden – saw that there was simply no option. Because you couldn’t negotiate with this guy (Putin). That’s the key point,” the ex-Prime Minister said, adding that the “the EU has done brilliantly” in its opposition of Russia since that time.“After all my anxieties … I pay tribute to the way the EU has acted. They have been united. The sanctions were tough,” Johnson went on.During his period in office, Johnson frequently criticized Russia’s invasion and forged a close relationship with Ukrainian President Volodymyr Zelensky. Johnson said that Zelensky has been “absolutely outstanding” in his leadership. “He’s a very brave guy. I think the history of this conflict would have been totally, totally different it he hadn’t been there.”He added that “if Ukraine chooses to be a member of the EU, they should go for it. and I think it would be a good thing for Ukraine,” helping it achieve political and economic reform. Kyiv applied to join the bloc earlier this year.Johnson was replaced in Downing Street by Liz Truss, who had the shortest tenure of any British Prime Minister. Truss has since been replaced by Johnson’s Chancellor-turned-political rival, Rishi Sunak, who visited Kyiv for the first time as Prime Minister on Saturday. The post "France was in denial, Germany wanted a quick Russian Win'' - Boris Johnson slams European countries for their attitude towards Ukraine before Russia's invasion appeared first on Linda Ikeji Blog.

Mary Remmy Njoku warns women to beware of abroad-based returnees this Christmas as she recounts...

What is big brother titans