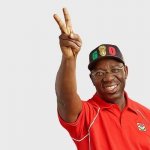 The Court of Appeal, sitting in Benin, Edo State, on Wednesday, dismissed a case filed by the Action Democratic Party (ADP), seeking to quash Governor Godwin Obaseki’s victory at the September 19, 2020 governorship election.


The case which sought Obaseki’s disqualification on grounds of alleged certificate forgery and dual party nomination, was thrown out by the Presiding Judge, Hon. Justice M.A. Owoade, for lacking in merit.

The ADP had also lost its case at the state

The Edo State Governorship Election Petition Tribunal had in March ruled in favour of Obaseki as having won the September 20, 2020 governorship poll in the state.

Justice Suleiman Abubakar had said the petitioners could not prove their case of forgery, participating in the primary election of two political parties, not having the constitutional qualification to contest for governorship election against Obaseki.