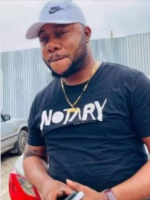 A former presenter and On Air Personality (OAP) with Naija FM, Titus Badejo popularly known as Eja Nla was reportedly killed by unknown gunmen on Saturday June 19 in Ibadan, the Oyo state capital.

Inside Oyo reported that the media personality who was in 407 Club at Oluyole Estate, Ibadan, Oyo State from about 9pm, was shot outside the club at about 11:30 pm.

It was alleged that the gunmen aimed at Eja Nla, shot at him repeatedly and ensured that he was dead before leaving without taking anything from him or his friends. His murder came barely a week after he celebrated his 40th birthday.

Facebook user, Adepoju Omoniyi who penned down a tribute to the late media personality wrote;

Security In Total Collapse In Oyo
Titus Badejo, popularly known as Eja Nla, a presenter at Nija FM Ibadan was shoot dead at a lounge, in Oluyole Ibadan.
May God Forgive His Shortcomings..
Click to expand... 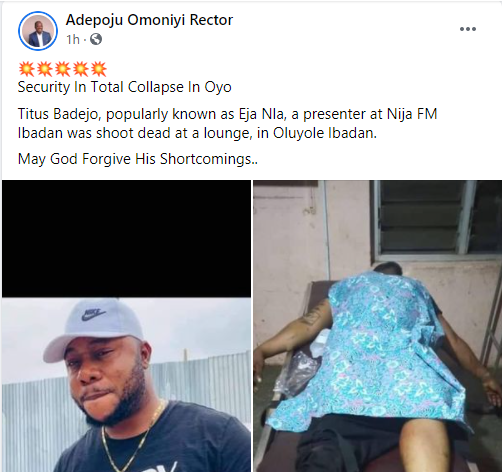