Staff member
The federal government has directed all broadcast service providers and social media platforms operating within the Nigerian space to apply and obtain licence for their services. 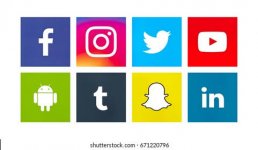 He revealed this to State House reporters after the weekly Federal Executive Council (FEC) at the Presidential Villa, Abuja, on Wednesday.

He said Twitter had also reached out to the government seeking high-level discussions to resolve the issue.

Our correspondents report that the decision for the recent action might not be unconnected with the stalemate between Nigeria and the American microblogging and social networking service, Twitter.

Nigeria had banned Twitter in the country and also directed the National Broadcasting Commission (NBC) to sanction any agency that flouted the directive.

This is even as the Attorney-General and Minister of Justice, Abubakar Malami, promised to take legal action against violators of the Twitter ban amidst opposition from human rights groups, opposition political parties, a section of the international community and the media.


Speaking further, Lai Mohammed said freedom of speech had not been stifled by the suspension of Twitter as Nigerians could still use other platforms such as Facebook and Instagram.

The minister stressed that the microblogging platform was suspended because it provided an avenue for people threatening the corporate existence of Nigeria.

According to him, the owner of Twitter helped to fund the recent #EndSARS protest while allowing the leader of the proscribed Indigenous People of Biafra (IPOB), Nnamdi Kanu, to use the platform to call for the killing of policemen.

He said Twitter failed to take down Kanu’s tweets despite repeated requests to do so.

He dismissed the notion that the suspension of Twitter was not effective, wondering why the microblogging platform was losing money as a result of the action taken by Nigeria.

“They (Twitter) are now ready to hold senior-level discussions with us… I just confirmed with my colleague. We just got the information.”


Asked whether the government will hold the discussions, he said: “Why not? We will; our conditions are already laid out to you: one, to do business in Nigeria, they must register as a Nigerian company. Two, you must be licensed. Three, they will have to refrain from using the platform for activities that are inimical to the growth of Nigeria; to the corporate existence of Nigeria. From there, any other issue will come in. We have already talked to them.”

He added: “I want to repeat that Twitter has consistently made its platform available to those who are threatening Nigeria’s corporate existence. That is the reason for suspending their operations in Nigeria.

“It may interest you to know that most of the OTT and social media platforms operating in Nigeria do not have any office in Nigeria and do not pay taxes to the Nigerian government for the billions they earn here. That is not the best practice globally, and that is why we are insisting that for you to operate in Nigeria you must first be a Nigerian company and be licenced by the broadcasting commission.


“We have already advertised the notice to the companies concerned to apply for registration of licence.”

He accused the founder of Twitter, Jack Dorsey, of funding the #EndSARS protest, citing the fact-check done by an online newspaper.

“So, whether he donated money himself or helped to raise money, the Twitter owner is one of those who helped to fund the #EndSARS protest that was later hijacked leading to loss of lives and massive destruction of property.

“Like I said last Wednesday, you can see from the fact-check, the role of Jack Dossy is suspect. His interest in Nigeria is inimical to our growth. Our decision to suspend Twitter has been lauded by some, it has been decried by some. But we want to make it clear that what is important to us is the sovereignty of Nigeria.

On the directive of the House of Representatives Minority Caucus asking Nigerians to disregard the ban, Mohammed said: “They are entitled to their opinion. They have the right to say so, but I am just telling you that the reason why we took the decision is because we believe that every interest in Nigeria today is inferior to the corporate existence of Nigeria.


“Probably if they understand why we are doing so, probably their views will change and frankly speaking, this is a time when politicians should rise above divisions and queue behind the country.”

A document released by the National Broadcasting Commission (NBC) said the decision to direct social media platforms to register was based on the laws of the Federal Republic of Nigeria.

Findings revealed that in addition to Twitter and Facebook, the latest directive from NBC has made it mandatory for the likes of Reddit, Snapchat, Tiktok, Disqus and other platforms to get clearance before operating in Nigeria.

Daily Trust could not establish whether the federal government would block the social media sites and the timeline during which they must comply with the directive.

An advertorial by the NBC seen by this newspaper reads: “In line with the provision of the National Broadcasting Act CAP N11, Laws of the Federation 2004, Section 2(1)(b)(i), which says ‘The commission shall have the responsibility of receiving, processing and considering applications for the establishment, ownership or operation of radio and television, cable television stations including cable television services, Direct Satellite Broadcast (DSB), and any medium of broadcasting.


‘The National Broadcasting Commission hereby directs every Online Broadcast Service Provider and Social Media Platform operating within the Nigerian State to apply and obtain Broadcast Licence for their service.’”

The media platforms were directed to send their applications to the director-general of NBC.

They must also register with CAC

A credible source at the Federal Ministry of Information said Nigeria was trying to get its act right.

“Besides obtaining licence from NBC, all the social media platforms must also register with the Corporate Affairs Commission (CAC) and you know what that means.

“The requirements would include having an office in Nigeria and all details that would help in collecting taxes from them. The so-called Twitter war is an eye-opener for us. There are over 40 million Nigerians who are twitting and supporting advert revenue for the so-called tech giant but they don’t pay us anything.


“This fight has opened our eyes and indeed God has opened our eyes. The media giants have been short-changing Nigeria for long…We are just rediscovering ourselves and the monies we would generate in the nearest future is much,” he said.

Asked if they will win the war, the source said, “Why Not! This is an international best practice…Twitter and the rest pay tax in the US, UK and other countries but they don’t care about us, they don’t care about our laws even though they are mindful of our big market. Nigeria is a big market that no serious investor will ignore and it is our responsibility to take part in designing the ground rules.”