Nigerian Idol Update: Beyonce Ajomiwe, a 16- year-old singer and songwriter, has been evicted 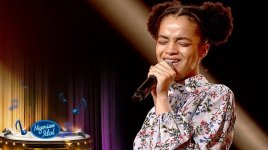 Beyonce Ajomiwe, a 16- year-old singer and songwriter, has been evicted from the Nigerian Idol Season 6 show after securing the lowest number of votes in the latest round of voting.

Beyonce, who became popular because she shares a similar name with music icon Beyonce Knowles, initially made it to the top seven at the ongoing Nigerian Idol competition which aired on Sunday, but unfortunately had to leave the show after she secured the lowest number of votes.