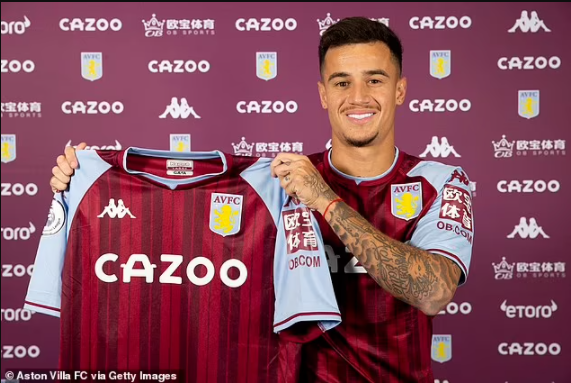 Former Liverpool midfielder, Philippe Coutinho has been unveiled as new Aston Villa player after his loan move from Barcelona was confirmed. The Brazilian's temporary move to Villa Park was confirmed last week, with the Midlands club holding the option to sign the former Liverpool star permanently at the end of this current season. The 29-year-old was officially presented as a Villa player late on Tuesday night and will wear the No.23 shirt between now and the end of the season. Sportsmail revealed last week that Villa will have to pay about £33million to sign Coutinho permanently this summer from Barcelona, who still fund half of his wages this season with the other 50 percent paid by the Premier League club. 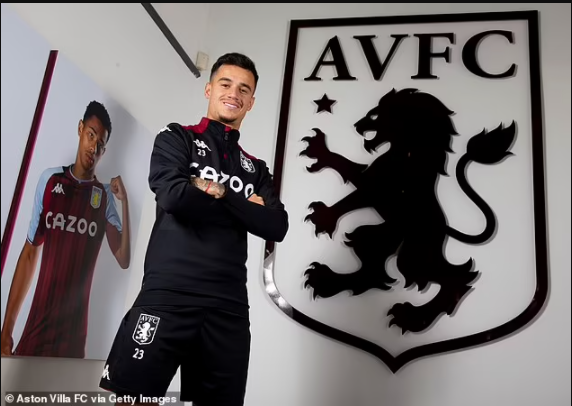 Villa boss Steven Gerrard and Coutinho played together at Liverpool from 2013 to 2015. Coutinho revealed that his former team-mate Gerrard was key in him making the switch to Birmingham - and believes he can lear off Villa's new boss this season. 'It's a pleasure to be here, it's a great club,' Coutinho told the Villa official website. 'I spoke a lot with the manager, with Stevie, and he told me about the club and his ambitions. I'm very happy to be here and I'm looking to enjoy my football.' 'I've known Stevie for a long time. I played with him and I learned a lot from him. He's someone who I have big admiration for. I hope to do my best here. For sure, I will work hard, and I hope together we can do good work. 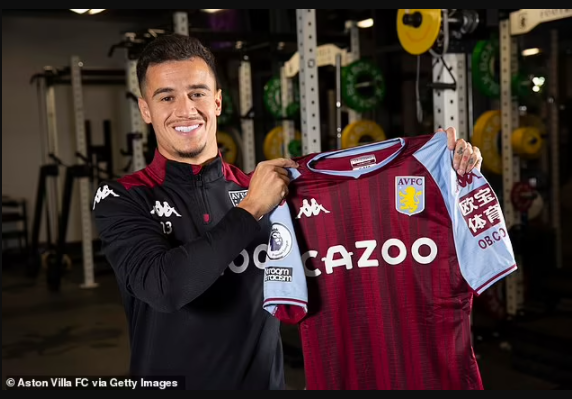 'I'm looking forward to meeting the fans, to being on the pitch. I know and I feel that they're happy that I'm here. I want to repay that on the pitch and enjoy my football. 'I'm looking forward to being on the pitch. I always want to be at my best, doing my work. That's what I work hard for every day. I hope it will be a great rest of the season here.' Coach Gerrard added: 'He is an outstanding footballer who boasts a highly impressive CV laced with plenty of elite honours. I am really pleased that we have been able to bring him on board and I am looking forward to working with him. 'He is a player I enjoyed playing with previously and I know the rest of the squad here at Aston Villa will benefit from his quality and experience. His presence will be invaluable given injuries and the AFCON tournament have reduced our attacking options.' The Brazilian will be available to face United in their Premier League encounter at Villa Park on Saturday. The post Philippe Coutinho unveiled as newAston Villa player after loan move from Barcelona (photos) appeared first on Linda Ikeji Blog.