The Voice Nigeria music reality show is packing for suspense

Popular music reality show, The Voice Nigeria, is apparently packing more suspense as it progresses and viewers cannot seem to get enough.

The eight edition of the show, which is in the ‘knockout’ stage had members of the Falz’s team sing their hearts out to guarantee their futures on the show.

The team, which Falz dubbed ‘Team Fantastic’ and ‘Team Fire’, also had its unique dance steps which they performed to the ‘envy’ of other coaches at the beginning of the show.

The team, which comprised of Tamara, Naomi Mac, Neky, Okemdiya, Kpee and Peace, were all in high spirits as they got ready to show the stuff they were made of.

The first contestant to perform was Neky and she did a rendition of the Fugees’ Killing Me Softly, which was applauded by all the judges.

Commending her performance, Waje said, “As you were singing, I felt like joining you. Well done. That was a great performance.”

Falz told her, “You are such a beautiful artiste. You made the song yours and brought it to us. You conveyed your meaning of it to us.”

Naomi Mac was the next contestant on the stage and she performed I Look to You by Whitney Houston. After her performance, the show’s host, Nancy Isime asked her, “How does it feel to have such a voice?” to which she responded, “I feel totally blessed.”

Okemdiya came up next and he rendered Adekunle Gold’s Something Different.

He was followed by Kpee who performed Risky by Davido. The singer got the rapt attention of the judges by infusing their names into his version of the song. At the end of his performance, Yemi Alade was on her feet and she told him, “I’m inspired by you.”

The next performance was by Peace who chose to deliver Tiwa Savage’s song, Wanted.

Tamara followed and she performed the song, Bleeding Love, by Leona Lewis. Her performance was enjoyed by all the coaches and they showered her with encomiums.

After their individual performances, Falz sent Neky, Okemdiya and Kpee to the ‘danger zone’, while Naomi Mac, Tamara and Peace were dispatched to the ‘battle zone’.

However, after Falz sent Kpee to the ‘danger zone’, Darey and Waje pitched to have him on their respective teams. The contestant eventually chose to join Darey’s team.

The show which is sponsored by First Bank and Baba Ijebu has continued to enjoyed rave reviews by fans, especially on social media, with many making projections as to which contestants would move to the next round, and those that would be booted out in the next episode. 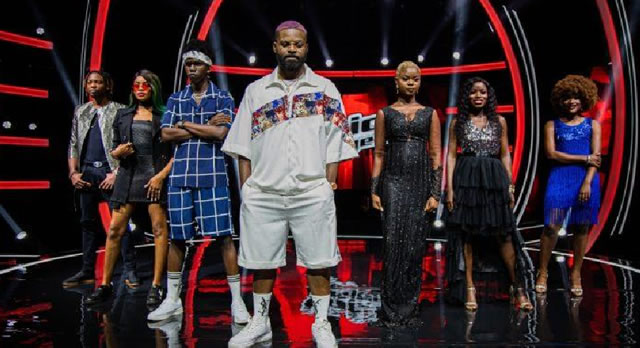 punchng.com
Get Help For Your Android Apps on Androidappforum.com

Love to see those talents singing