There Will Be No Elections In 2023 – Paul Okikijesu

Staff member
Apostle Paul Okikijesu, Founder of Christ Apostolic Miracle Ministry, has prophesied that there will be no election in 2023 if political office holders in the country fail to change their ways.

The cleric in a statement released on Tuesday charged presidential aspirants to stop shedding the blood of the innocent. 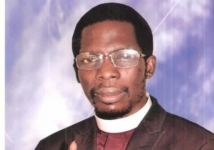 “No election will take place in 2023 if the presidential aspirants refuse to stop bloodshed:”

“Thus says the Lord: No Election will take place; if the presidential aspirants refuse to stop the bloodshed, if they refuse to cater for the poor and honour the religious advisers.”

“If they refuse to cease seeking one another’s lives, and stop seeking the downfall of each other; because these activities will increase from June 2021 until January 2022.”

“Thus says the Lord: There will be no Election in 2023 if the presidential aspirants do not stop taking a swipe at one another.”