What is Baby Doge coin ? and how baby doge coin works 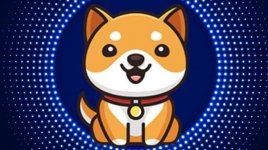 What is Baby Doge Coin?​

It was created by fans and members of the Dogecoin community. Dogecoin, which was on fire to start the year, is a cryptocurrency that started in 2013 and was based on a popular meme. In addition to being newer, Baby Doge Coin is also over 10-times faster when it comes to transaction processing times.

Besides the name, there's nothing connecting Baby Doge Coin and Dogecoin. It's likely that the name choice was just a way to get attention.

Part of Baby Doge Coin's mission is helping rescue dogs in need. On June 24, it announced that it donated $75,000 to a nonprofit called PawsWithCause.

Baby Doge Coin is one of the many new cryptocurrencies that incentivize holding on to it by charging a transaction fee. Any time you trade Baby Doge Coin, there's a 10% fee. Here's what happens to that:

In a nutshell, if you sell Baby Doge Coin, you lose 10%. If you keep it, you get rewarded with a portion of the fee everyone else pays when selling. This is becoming a popular trend. Here are a few other cryptos that do the exact same thing:

It's a gimmick that has been done before. And after some initial success, those three cryptocurrencies suffered large price drops. That pattern doesn't bode well for Baby Doge Coin.

Should You (or Anyone) Buy Baby Doge Coin?

After launching on June 1, Baby Doge Coin has been picking up fans and new buyers quickly. The price went up by over 1,000% in about two weeks. It had a market cap of $200 million in three weeks and over 160,000 holders in four.