Actress and filmmaker Seyi Ariyo raised alarm over her life is being threatened by masqueraders.

Nigerian actress and filmmaker, Seyi Ariyo, also known as Shebaby, recently took to her Instagram account to raise the alarm that her life is being threatened by masqueraders.

In the video, the teary-eyed actress revealed that she had been getting life-threatening messages from these masqueraders because of a scene in her forthcoming movie, which portrayed a woman having sex with a masquerade.

In the Yoruba culture, such an act is seen as taboo. However, the sex scene leaked online and ever since she has received over 200 threat messages. 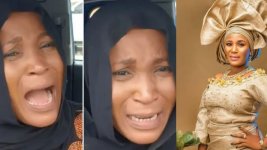 In an exclusive chat with The PUNCH, she said, “They are really threatening my life; I am not alleging it. I received over 200 calls from them a few days ago. Some called to curse me while others said I will die in the next seven days.

“I had to switch off my phone. I learnt they released my number to the worldwide platform of herbalists and traditionalists. They said that I want to destroy our culture and traditions. They have not watched the movie, that is why we have this misunderstanding.

“We recorded a part where a masquerade had sex with a lady and even in the movie, we made it known that it is a taboo. The herbalist in the movie told the woman that if she performs the act, her child will be well, but it will have a repercussion. She was desperate so she went ahead with the ritual.

“Some people recorded that scene with their phones and one of them posted it on Facebook. That is how the masqueraders saw the clip and felt offended. They called me and said they will use me as a scapegoat because actors are used to ridiculing masquerades, which are their gods.”

The actress said she has been begging them and also called other colleagues to beg them on her behalf, including Mr Latin, who is the president of their association, TAMPAN.

According to her, because she did not get any positive feedback, she decided to go on social media to voice out.

Ariyo noted that she was given seven more days to live and the ultimatum will expire tomorrow.

The distressed actress stressed that she has tried every available option to pacify the masqueraders.

She said, “Today is the sixth day and they vowed to kill me after seven days. I have spoken to many Yoruba monarchs to help me talk to them as well because it is their worldwide association that is angry with me; their global platform.

“I recently got a call from their leader, who identified himself as Prince. He told me that he will speak to their public relations officer to direct all their members to desist from cursing me. I have the recordings of most of the threats and I wanted to go to the Commissioner of Police to file a complaint, but I was advised against it so that things do not escalate.

“They were not happy about the social media post and I was told to delete it, but I cannot because people would think this is a publicity stunt for the film. So, I cannot pull it down. I am sorry for the scene and I have even removed it from the film. I don’t want to die. They should forgive me, they should not do anything wicked to me or my colleagues.” 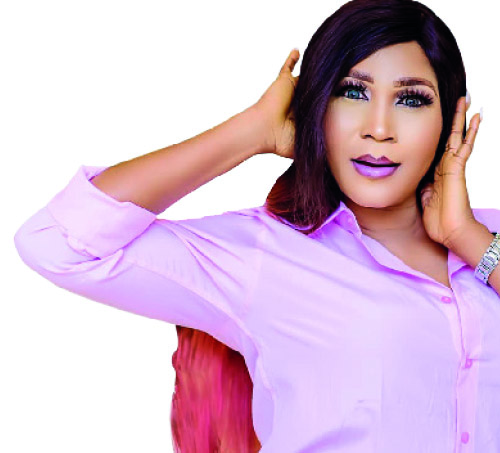 They are really threatening my life; I am not alleging it. I received over 200 calls from them a few days ago.