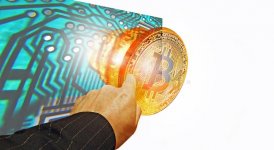 Since the invention of cryptocurrency Bitcoin in 2009, the number of digital coins has mushroomed. Punters have made fortunes by buying the next hot token before other investors have cottoned on, but investing in unproven coins is risky as they could end up falling flat.

But it is not the only coin to have made an impact. These are the biggest altcoins cryptocurrency fans should know about.

Launched this week by Dfinity, a Swiss non-profit organisation that has raised more than $120m from prominent Silicon Valley investors, it will allow computer coders to develop software on its "blockchain" network.

This would mean they no longer need to rely on cloud computing giants such as Amazon and Microsoft to host their programmes.

This design would prevent the localisation of the internet in a few key regions, Dfinity has claimed, adding that its Internet Computer system could withstand a nuclear strike because it will be based around the globe.

Dominic Williams, Dfinity's British founder has said: “We want people to abandon traditional IT and move all systems and services to smart contracts.”

Coinbase, one of the world’s largest cryptocurrency exchanges, allows trading in Internet Computer.

Another hot altcoin which has been making headlines is Dogecoin. Started as a joke in 2013 and featuring a shiba dog as its logo, it has risen 455pc in the past month and over 13,000pc in a year on the back of supportive tweets from Elon Musk, the boss of car company Tesla.

Its rise in value is not down to a belief the coins will become a widely adopted cryptocurrency, but due to its popularity in internet forums and opportunity it presents for investors to make a quick profit.

It received a boost last week when more exchanges announced they would introduce trading, including eToro in Britain. With more people able to buy the digital token, demand has risen.

In America, leading free stockbroker Robinhood supports Dogecoin, which has played a major role in driving up its price.

Considered the biggest competitor to Bitcoin as a serious cryptocurrency, Ethereum is actually a network which allows computer applications to run on it.

For instance, a file-storing application could be set up, where instead of relying on a single company such as Dropbox to keep your file, you store it on a decentralised network.

The network also offers so-called “smart contracts”, which can be set up to execute commands when certain conditions are met, such as a required number of people agreeing to a payment.

Ethereum’s “currency” is called Ether, which like other cryptocurrencies is “mined” by solving equations to validate new transactions on the network. Transactions can be processed more quickly and efficiently than with Bitcoin.

Litecoin began life in 2011 in an attempt to improve on Bitcoin. It has been described as the “silver to Bitcoin’s gold”. It is a cryptocurrency that also involves “mining”, but has some technical differences.

These include the ability to confirm transactions more quickly and the use of different algorithms when it comes to mining. Like other cryptocurrencies, its price has rallied significantly in the past year.

One Litecoin now costs $320 (£226), around 6 times more than it did 12 months ago. Tokens can be bought and sold on most major exchanges.

Ripple is significantly different from the other currencies here. It still uses a blockchain network to validate transactions, but that network consists of participating financial institutions.

Ripple’s finite number of coins, called “XRP”, were not “mined” but issued. Ripple itself is a company, which has received funding from investors, so the currency has central control.

Transactions are instant, and in place of a transaction fee a small amount of XRP is destroyed every time a transaction is made. This is for security reasons – to make it very expensive for someone to attempt to overload the network by putting through lots of transactions.

Unlike Bitcoin, Ripple is not aiming to replace the world’s existing financial system; just to upgrade it. Tokens have risen 450pc in the past year and now cost $1.30 (£0.93) 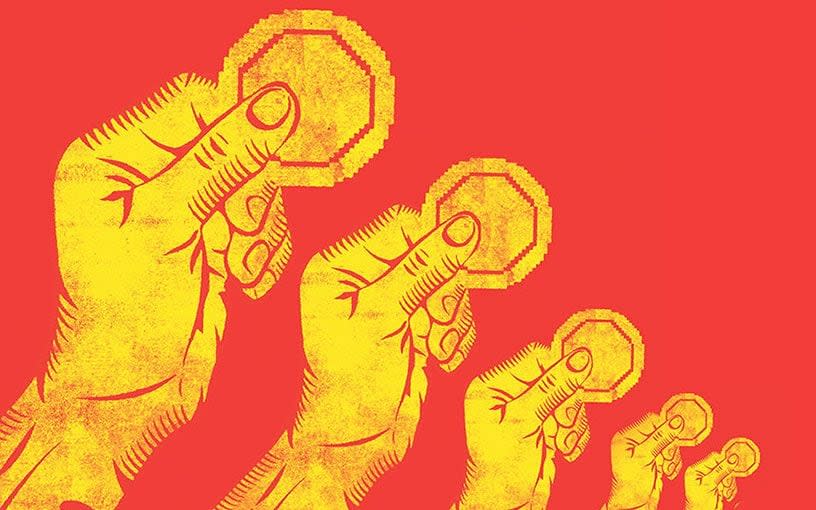 Internet Computer is worth £10bn – what is the new cryptocurrency and is it better than Bitcoin?

Since the invention of cryptocurrency Bitcoin in 2009, the number of digital coins has mushroomed. Punters have made fortunes by buying the next hot token before other investors have cottoned on, but investing in unproven coins is risky as they could end up falling flat. CoinMarketCap, a...

www.yahoo.com
Get Help For Your Android Apps on Androidappforum.com
C

This one is massive internet computer crypto